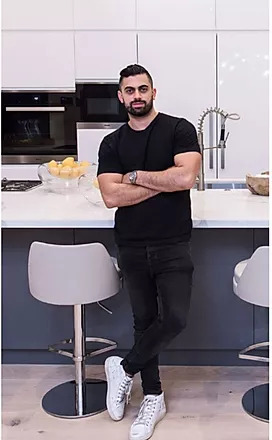 Tomer Fedida attended the University of Miami School of Business Administration, where he graduated with a degree in International Finance and Marketing. It is during his time at Miami, where he began to explore different financial markets, ultimately realizing that his calling had been obvious his whole life. In 2012, Tomer obtained his California Real Estate Broker’s license, and began studying law at Loyola Law School. It is during this time that Tomer found a niche in the Beverly Grove and Hollywood Hills new construction markets, establishing his team as one of the foremost development players in Los Angeles. This became a platform to launch a dynamic and cutting-edge sales team, driven on generating profits for investors. In 2015, Tomer graduated from Loyola Law School, and became a member of the California State Bar. He continues to practice in matters of real estate law, construction defect, mechanic’s liens foreclosures, and public and private construction law. Tomer’s mansionization expertise has been featured on Million Dollar Listing, as well as LA Weekly. He also founded Fedida Properties Inc in 2014.